I don’t expect everybody to be a professional naturalist, or even an amateur one, any more than I would expect everybody to want to be an engineer, heart surgeon or documentary filmmaker, vital and fascinating as all these careers arguably are. But since ‘nature’ can be defined as more or less everything that surrounds us, even those for whom it is only an occasional distraction, or even a huge bore,* should sit up and take notice of a landmark publication like State of Nature.

State of Nature – launch event from The RSPB on Vimeo.

The report (see footage of the launch event above, including David Attenborough’s speech)  is a stock take of the UK’s wildlife, produced by a coalition of 25 nature conservation organisations (a decidedly greener coalition than the one currently governing the country), and makes for almost wholly bleak reading. The populations of an impressive 3,148 species have been assessed, of which 60% are shown to have declined over the last 50 years, and a third have lost at least half of their populations. Those are the headline figures you may already have seen in the news, along with the warning that 1 in 10 species assessed using official Red List criteria are at risk of extinction in Britain.

Delve deeper, and the bad news continues. There is little sign of recovery in the 155 highest priority species. Invertebrates come out worse than vertebrates, although they are inevitably underrepresented:  for many of them the phrase ‘data deficient’ would be an understatement. Attention is also drawn to the relative success of generalist species (i.e. those able to adapt quickly to a changing environment) compared to habitat specialists, many of which appear to be in terminal decline – a phenomenon familiar from farmland bird indexes over the last few decades. There’s a smattering of good news to soften the blows; for example, the widespread return of otters and the more common raptors. But on the whole the state of nature is a sorry one. 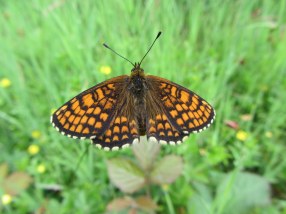 That was already well understood by the sorts of people already interested, though the report is a concise and timely reminder of how much work there is to do. But how to convert the busy, the apathetic and the unbothered to this cause? Or, perhaps hardest of all, how to melt the cold hearts of George Osborne and his ilk as they narrow-mindedly pursue short-term economic growth at the cost of anything and everything else? Understandably, the common temptation is to argue in terms of practical self-interest. To point out ‘what nature does for us’: environmental public goods, or, as they are sometimes dubbed when addressing politicians and other autocrats, ‘ecosystem services’. This is the multi-billion pound contribution of nature to the national economy.

These arguments are fine as far as they go, and of course well backed up scientific evidence. Here’s the problem, though. Observant readers of this blog may have noticed that it isn’t ecosystem services that get me out of bed in the morning. Indeed, it’s generally my alarm clock, but it’s for birds that I’m setting it so gosh-darned early. Or if I’m lucky enough to be heading out in the warm afternoon sun instead, it’ll be in search of insects, those endlessly wondrous and beautiful overlooked jewels. And I have a hunch that it isn’t just me. Show me any ecologist, conservation biologist, ornithologist, entomologist, whatever you want to call them, and whilst externally they may be coated in a fine veneer of practical, economic arguments – especially if they’re currently engaged in writing grant applications – that isn’t what you’d find if you cut them open. What is it that’s at their core, what really drives them? 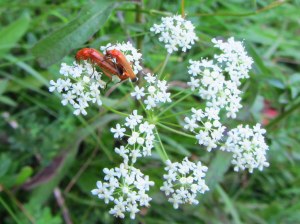 “I can only think it must be love”

I suggest that it is love. Not in the trashy, modern, overly-sexualised or superficial sense, but love in all of its truest and most ancient meanings and complexities.  Almost everybody loves at least one thing in this way, and for some of us it happens to be wildlife. I think there are many more people who would feel the same, if they were only freed to do so. For it is this love that could help society to see that consumerism is crushing spirits, as well as the environment. It is this love which will inspire those of us who speak out for nature already to raise our voices still louder. And where so often the best ‘state-of nature-solutions’ offered amount to so much ineffective tinkering around the edges – quite literally, in the case of the entry-level environmental stewardship scheme – it is this love that will inspire us to look at the bigger picture and think afresh about how we relate to nature in these biologically impoverished isles.

As it happens, I think many of the organisations responsible for State of Nature get this. The launch video below, produced by the RSPB’s talented film unit, certainly aims more at the heart than at the head, and is coincidentally soundtracked by a song in which the singer wakes up and realises, all of a sudden, that he loves somebody. But the risk of recruiting to nature’s cause via trendy media is that what will be inspired is a Facebook-style ‘liking’ that doesn’t truly engage anybody. There’s a big difference between a thumbs-up and an embrace. You may be forgiven for thinking I’m an old hippy for saying so, but it is love, not liking, that will save us. So how to persuade more people to fall in love with something? That might be the toughest problem of all.

State of Nature launch film from The RSPB on Vimeo.

3 thoughts on “State of Nature”